In the Augmented Reality era, is GPS enough?.

Have you ever got lost while following google map navigation? I bet once in your life you must be lost because of google map. Usually, google map navigation makes people confused about which way to go, either to take left or right. This can be frustrating especially when you are in a hurry to reach somewhere. But you know what? You can now relax, as navigation will get better with the Google Map Visual Positioning System (VPS).

Google Maps Visual Positioning System (VPS) will help you to easily reach your desired destination without any hassle. With the help of your mobile phone’s camera google map, Visual Positioning System (VPS) will detect your location and then will show you the best possible routes to reach your destination. The navigation will be done better and you will not get lost as google map VPS will show fledged-up 3D paths such as colored arrows and accurate details for example “your destination is 1 km away.”

MUST READ  Mobile Website, RWD or Mobile Apps? What will best in 2020?

Shipping firms, courier firms, and airline services take advantage of this technology to go from one place to another. With the help of GPS, they easily follow and find the best routes to reach their desired destinations. Today, to reach a specific destination many individuals depend on the global positioning system (GPS).

As per research by copywriting services online, Global positioning system (GPS) technology with many applications has changed the way of our living and the way we used to communicate with others.

In the Augmented Reality era, is GPS enough?

With the help of GPS, we can use many of the apps easily, it covers all whether you want to book an Uber or you want to order your meal from Yelp or whether you want to show your friends where you are on Snapchat through location filters. In the digital era, this technology was a game-changer, driving several applications and the app itself into mass adaptive solutions.

However, these features of the Global positioning system (GPS) are not enough in the era where there are technologies like Augmented Reality. Augmented Reality is bringing value to the reality. In order to do that, our mobile phones and other devices must understand this world. The authenticity and effectiveness of an augmented reality experience can break by just being some meters away.

Just how a person looks to situate himself, similarly in the future many apps will use the device’s camera to correctly analyze and position the area. This can be only possible with the Visual Positioning System (VPS).

MUST READ  Essential Things To Consider For Making A Healthcare App

In the future Augmented Reality will combine the existing google map interface with a live camera display. While a person in navigating overlaid arrows are displayed at every stop, making it easy to follow the directions instead of getting confused. Google Maps is planning to introduce fictional characters, for instance, a little fox that will eradicate all questions and will make the navigation more interesting and amusing. With the help of Augmented Reality, google will develop other features of the app as well, for instance when you will be looking at a shopfront a card with information will popup.

To provide users with a better sense of position that was only possible with GPS, VPS will combine a live camera perspective with data trove from google. In highly populated urban areas where GPS often gets stuck in by skyscraper, this technology might be very helpful.

In order to use this VPS feature, a person only needs to press a button to open the visual and to see the information you only have to point your lens towards your destination. If you move your mobile phone’s camera around this feature will instantly show you nearby cafes, restaurants, shops and whatnot.

The app will show you the nearby areas with an overlay of information for nearby shops and arrows will indicate your desired destination. In the lower part, there will be a tiny map that reminds you of where you are going. This is an amazing addition to Street view and google maps. Well everyone knows that Visual positing system definitely going to be the next big technology advancements. Through Visual positing system navigation will be conveniently done to new areas. Google has not declared yet when this feature will be included in google maps.

MUST READ  How to Change Spotify Username 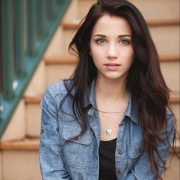 How to Change Spotify Username

9 Features an app must have

HDR Monitor – Everything You Need to Know